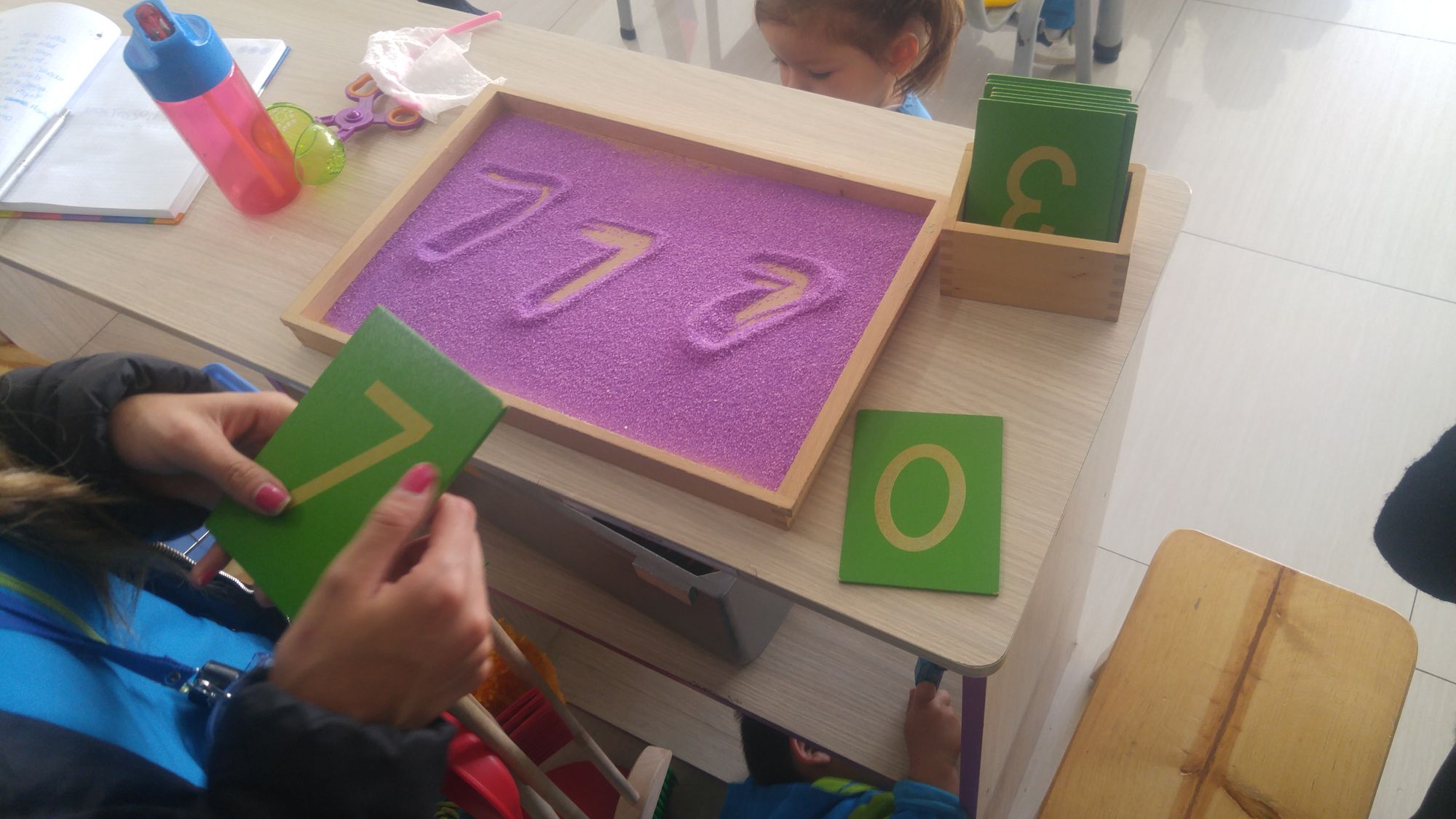 The art of learning is the art of opening doors to explore freely out of inspiration instead of from requirements. This does take some 'work' to differentiate!

An example is the open door policy in Montessori schools. My girlfriend Luisa (future coauthor of this blog) experienced this firsthand during our visit to Montessori Planet in Bogota Colombia. A child ran into the playroom and the directress said "No no". And the child looked at her and walked back out freely, with a little more coaxing (more or less.. he was only 5 years old).

She explained to us "the children are taught that they have the option to walk into a room but it is their choice to do as the group has agreed to use the playroom only during the playroom hours." So that they dont experience force but rather develop a personal sense of responsibility. And if they dont agree then conflict resolution is developed instead of simply not even being given the possibility.

There are consequences but rarely if ever punishment in the way in which a regular school extolls it. Rather than humiliation or reprimand, a child is treated respectfully as a developing person.

For instance to learn how to clean your own nose or to go to the bathroom by yourself are huge accomplishments when you first learn to do so. It gives a sense of independence, joy and freedom for a child to clean her or his own nose. But it requires a sense of the future history of a child's development to remember how hard it was for ourselves, so that we don't treat children like dysfunctional adults who don't know how to do something so basic.

It is this 'inner work', as Maria Montessori called it, that is at the heart of a child's learning process. Truly it would be wonderful for adults to persist this - it is possible - but it requires not being so 'thinking' focus and being more willing to not understand at first. More on that in a later article.

It is learning not based on a fear of punishment but awareness of consequences both good and bad. This develops then instead of trains them to grudgingly accept authority. Passive aggressive or overtly aggressive behaviors, or depressive behaviors, or submissive behaviors are of course often the result of when people don't know how to resolve conflict and express their frustrations and needs.

By treating little persons as persons this development starts at an early age rather than later in life.. if ever. How many adults do we know who have yet to master the ability to communicate what they need without forcing another in order to find common ground so both can get a good or necessary result.

Growing up is hard!

Kids can spend hours and hours replicating the same sizes, shapes, colors, and many many more activities because everything is new.

Muchísimas gracias to Natalia Niño Ponce, Directress and those who took time to share with us their very special school.